25 May A paddle out from Grotfjord

I met up with Mia Kanstad Kulseng today, Mia is well known in Scandinavia for her Greenland paddling and rolling skills, she had just handed her notice in at work and said that she was free for a paddle, Bjorn recommended that we took a trip out to the western side of Kvaloya, to a place called Grotfjord and then to take a paddle out to Gjossoya.

The weather is absolutely stunning in the north of Norway at the moment, very reminiscent of May last year, far to nice a day to be stuck indoors, Mia is a born adventurer, she loves the outdoors, if she’s not kayaking, she’s skiing, and if she’s not skiing she’ll be out hunting. I picked Mia up at the side of the road leading to Sommeroya and together we drove down to Grotfjord. 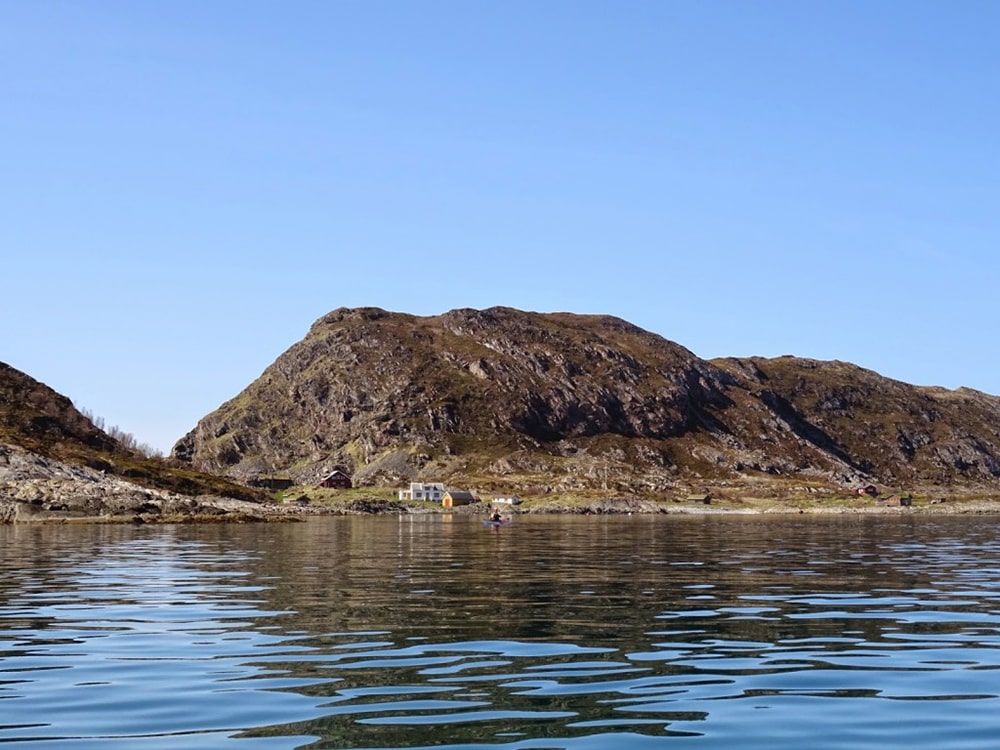 As we headed out across the bay I was reminded after twenty or so minutes of paddling, just how deceiving judging distance is, I think this is partly due to the clarity of air, also partly due to the enormity of the surrounding features, especially here, where the mountains come straight down to the sea.

We arrived at Gjossoya and pulled our kayaks up a small beach at the base of a tiny hamlet, consisting of an old farm and several summer cabins. 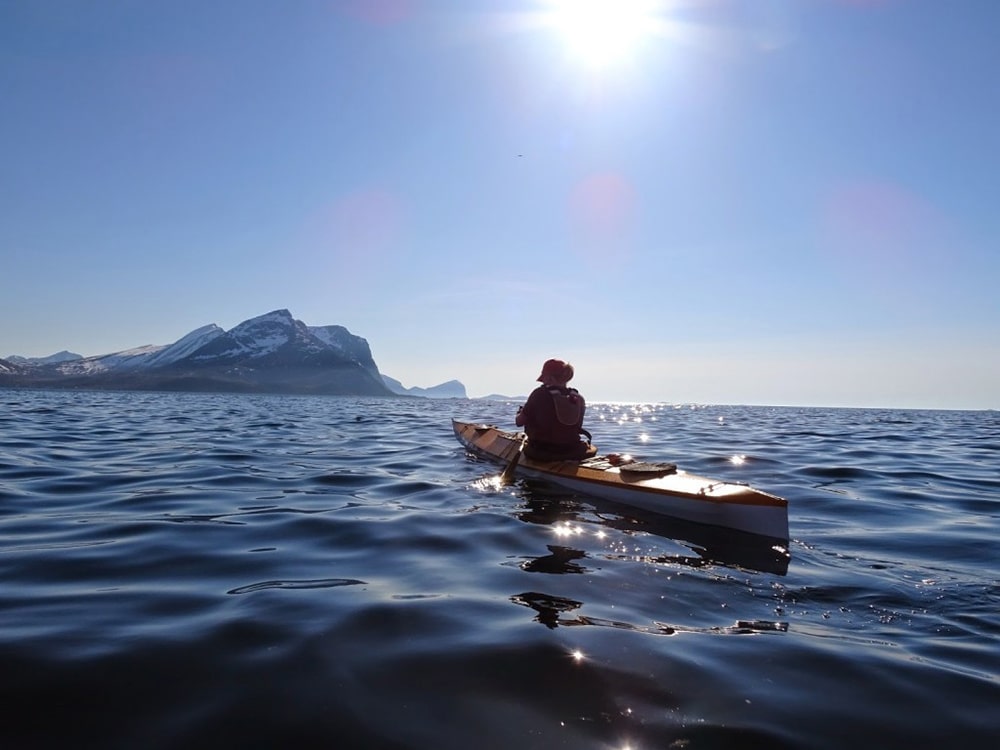 We sat on the beach and ate some lunch, then we set off to explore the island, numerous little beaches and inlets adorn the island which was very well maintained, we spoke about how nice it would be to live in such a place, Mia let on that she and her boyfriend Tom, had set their eyes on just such a location further to the south, I was seriously envious. This whole area is stunningly gorgeous, the surrounding waters are fish rich, the Mackerel are making their way into the Fjords, 24 hours of sunlight has the trees starting to bloom, even in the winter months the fjords become feeding grounds for the humpback whale and Orcas, following the Herring up deep into the fjords.

You could spend a whole lifetime exploring the coast of Norway and never get bored, so much splendour and so much wild life to see. We headed back to Grotfjord, Mia took a turn in the Iqyax, she mentioned how she had often considered attending one of Anders skin on frame building courses but was always too busy doing stuff like paddling to take the time out to travel south.

I dropped Mia back home and headed back into Tromso to take a dip and cool off, the heat isn’t something I’ve been accustomed to of late and then to prepare for tomorrows trip down to Bergsoya on Senja. 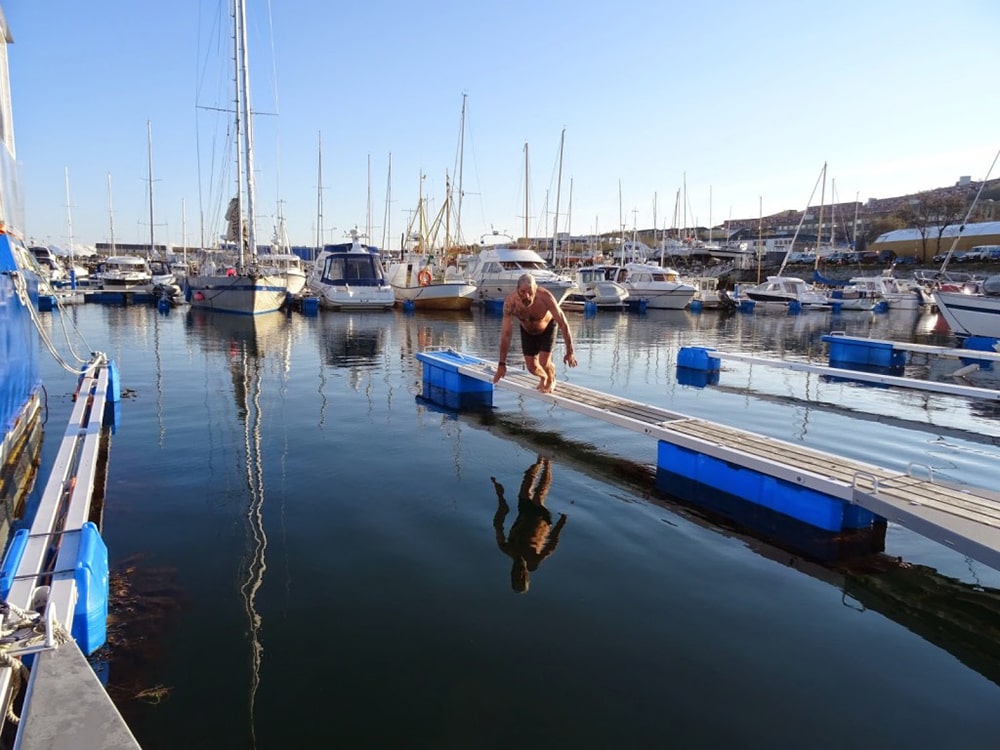